Manipur, state of India, located in the northeastern part of the country. It is bordered by the Indian states of Nagaland to the north, Assam to the west, and Mizoram to the southwest and by Myanmar (Burma) to the south and east. Like other northeastern states, it is largely isolated from the rest of India. The name Manipur means “land of gems.” Its economy centres on agriculture and forestry, and trade and cottage industries also are important. The state capital is Imphal, located in the centre of the state. Area 8,621 square miles (22,327 square km). Pop. (2001) 2,293,896; (2011) 2,855,794.

The state has two major physiographic regions: the Manipur River valley and a large surrounding tract of mountainous country. The valley, encompassing some 690 square miles (1,787 square km), runs north-south and lies at an elevation of 2,600 feet (790 metres). Its main physical feature is Logtak Lake, which covers about 40 square miles (100 square km) and is the source of the Manipur River. The river flows southward through the valley into Myanmar, where it joins the Myittha River, a tributary of the Chindwin.

The hill ranges, connected by spurs and ridges, run generally north-south. These ranges include the Naga Hills to the north, the East Manipur Hills along the eastern Myanmar border, the Mizo and Chin hills to the south, and the West Manipur Hills to the west. Average elevations vary between 5,000 and 6,000 feet (1,500 and 1,800 metres), although the hills in the north rise above 9,500 feet (2,900 metres). In the west the Surma River, known as the Barak River in Manipur, has cut a narrow steep-sided valley through the West Manipur Hills as it flows to join the Meghna River in Bangladesh. 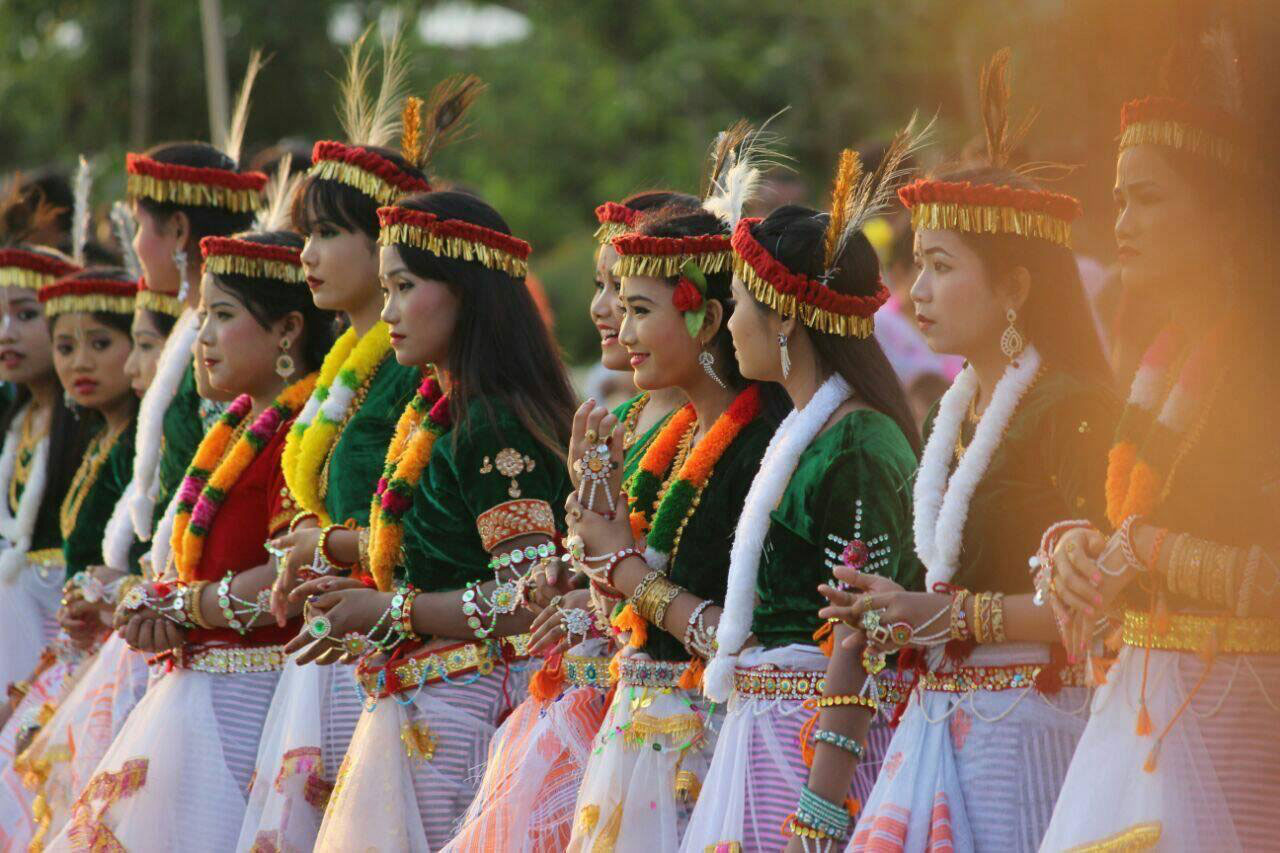 The hills are densely covered with mixed forests containing stands of bamboo and teak. Other trees include oak, magnolia, and chinquapin. The Luzon pine grows in the Naga Hills. Among the state’s notable plants are rhododendrons, primroses, and blue poppies. Animal life includes the Asiatic elephants, tigers, leopards, and wild buffalo. The Indian one-horned rhinoceros, once found occasionally in Manipur, has largely disappeared from the state because of illegal poaching. The brow-antlered deer is in danger of extinction. Gaurs are the largest wild bison in the world; the mithan (gayal), the domesticated form, is widely distributed in the state.